Dark store, a hyped term that is more and more popular in the media. Both daily and business news. But actually what is it? What does it look like? How does it differ from the existing stores and warehouses?

There are many questions about the new store concept or rather a new approach to organizing logistics in retail. There is just as much uncertainty about which way the evolution of dark stores will go.

Nevertheless, we can be sure that the dark store concept will stay with us for years. More and more companies are running their operations in this model and it’s not just start-ups like JOKR, Gorrilaz, Getir, or Lisek.

Significant companies are also joining the race. Indirectly, like Carrefour, which has invested in Cajoo, a French retailer offering 15-minute delivery. Directly, like Auchan, which is testing its own dark store in Bordeaux, France.

Eventually by transforming its business model like Glovo, which has raised €100 million to create a chain of darkstores (similar decisions on a smaller scale were also made by Wolt and Bolt).

If investments of this level and changes in the business model of companies are involved, then, as the folk wisdom says – something must be on. So it is worth understanding what a dark store is.

What is the dark store?

Despite appearances, dark stores don’t usually look like the photo I used as the highlight image. The frame is from an advertising campaign for the Tim Hortons coffee shop chain in Canada and has nothing to do with the current look of darkstores.

The dark store is a term that was originally used to describe a fulfillment center opened by Tesco in 2009 in England. At the time, orders placed online were handled by Tesco from stationery stores which, with increasing scale, led to a number of inefficiencies.

The Daily Telegraph published an article stating that Tesco handles 475,000 online orders per year and needs to relieve its stores of the burden of handling sales in this channel.

The dark store is not a new concept. It has been around in select locations for more than a dozen years. However, the surge in interest in the dark store model only occurred during the coronavirus pandemic that began in 2020.

Retail chains faced a challenge. On the one hand, the outflow of customers from stationery stores. On the other, online sales growth of 40% or more in selected categories.

Many chains have been forced to close some outlets. Some, however, such as Whole Foods, Kroger, Nespresso, maintained operations in current locations, transforming their stores into darkstores.

In short, a dark store is usually a small, urban, fulfillment center. Sometimes created on the basis of a previously operating store. Not available for customers. Focused exclusively on servicing the online channel.

From the outside, however, it can be very colorful. The window of such a store can still perform marketing functions, as exemplified by the Wolt branch visible in the picture.

The outside, however, tells us nothing about how a dark store functions. How does this type of fulfillment center differ from its bigger brothers?

Let’s peek behind the Getir curtain

Many of the stores with dark store operations are start-ups. They still need capital for growth. They are looking for investors and new customers. That’s why they share photos in their press materials. Sometimes video footage.

Let’s take this chance and peek behind the curtain. Let’s take a look behind the scenes of operations that take place in Getir’s dark store.

Getir started in 2015 in Turkey. Currently, it is also operating in several cities in the UK as well as Amsterdam, Berlin and Paris. It is planning further expansion in the US.

The photos published below, made by Katja Staple of Sifted, are from London where Getir has 11 locations. The branch shown is located under the arch of a railroad viaduct in the Battersea district.

There are just 20 people working there. Three inside with order picking and record keeping and the rest delivering supplies by electric scooters. All of them, in contrast to the majority of stores operating in qCommerce, are on the employment contract. At first glance, the interior does not differ from a standard convenience store. The aisles between the shelves are perhaps a bit narrower but otherwise, you can get the impression that you are in a retail establishment.

However, there are no customers. The staff itself collects the products from the shelves, scans them, then packs in branded bags and hands them over to the drivers at the counter replacing the cash registers.

Everyone works at an equal rate because performance determines the bonus. An order picker can get £3 extra per hour if he/she works efficiently and does not make quality mistakes.

Getir offers about 1500 products. The store equipment consists of a computer, several portable scanners, and a rack with chargers for the batteries used in the scooters.

The whole process is basically manual. Workers don’t use any automation or special solutions to support their work. As Turancan Salur, General Manager of Getir UK, said:

“The current automation solutions are built for very large fulfilment centers. When there are solutions that come onto the market that work for smaller spaces, we want to be the first ones to try them out.”

Is a dark store a warehouse or a store?

Looking through the available pictures and Getir’s description of the process, we can say that the dark store is actually more of a warehouse than a store in the traditional sense.

The similarity to a store relies primarily on its location in the center of a metropolitan area and its space. Darkstores are usually outposts ranging in size from a hundred to a few dozen square meters.

Although looking at the press materials of some retail chains one can come to the conclusion that size is no longer a special feature of darkstores. Countdown has opened a 3,500 square meter dark store in New Zealand and Spain’s Mercadona has already commissioned a 13,000 square meter urban fulfillment center in 2018. 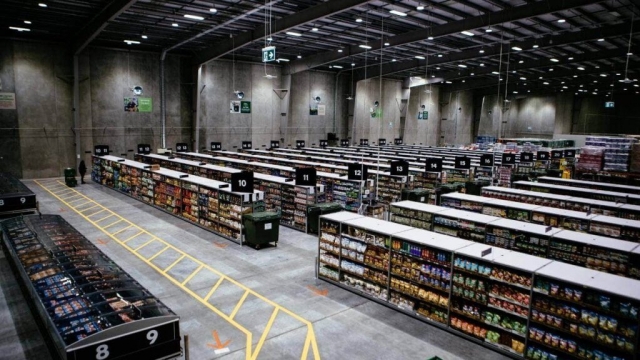 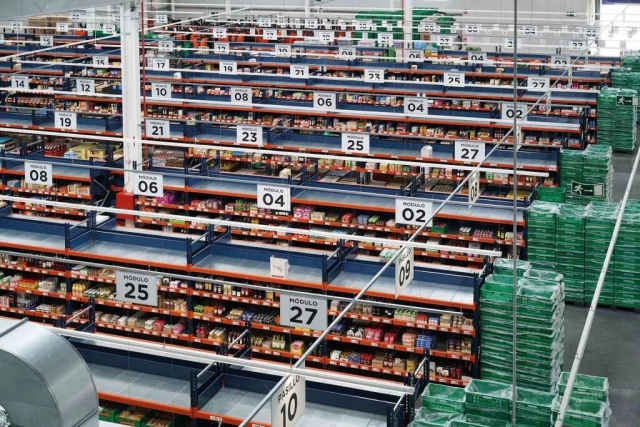 Also, the lack of automation mentioned by Getir’s executive manager is not a feature that distinguishes darkstores from larger warehouse facilities.

On the one hand, many distribution and fulfillment centers are still not automated. On the other, equipment manufacturers such as Swisslog and Takeoff Technologies are offering smaller and smaller automated warehouse modules.

The smallest variant of the Swisslog Autostore capable of handling up to 1,000 orders per day can already be built on an area of 1,500 square meters. The equipment used therefore reflects the vision for logistics organization (or the financial possibilities of the company) rather than the typology of the facilities used.

Prices for self-storage facilities are not cheap. Grocery Dive, citing information from several manufacturers, estimated that before the pandemic, one facility of this type cost between $8 million and $10 million.

Still less than a full-size eCommerce logistics center, whose costs can reach $100 million (or more). Still, it’s important to remember that covering a single city with a network of darkstores typically requires at least a dozen such buildings.

Dark warehouses is not the same!

In the end, I would like to clarify that although a dark store is indeed a warehouse, this format should not be confused with the so-called dark warehouse.

Dark warehouse logistics centers are facilities that do not require lighting due to the lack of human presence inside.

Unlike dark stores, they are always almost fully automated. They are created for products that need to maintain special storage conditions.

For example, a constant temperature between -4°C and -24°C and an environment with reduced oxygen content. Sound interesting? However, the discussion of this type of storage is a topic for a separate entry.

In the meantime, I encourage you to sign up for the newsletter Logistics simply. By subscribing you will always be up to date with the latest trends in supply chain management and news on the blog. How much logistics costs you? 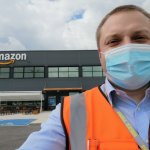 3 things I have learned working at Amazon

I work on Logistics both by profession and true passion.
On this blog, I write about how to create a Supply Chain that meets the needs of the business. Do you want Logistics in your company to be at the highest level?

This website uses cookies to improve your experience while you navigate through the website. Out of these, the cookies that are categorized as necessary are stored on your browser as they are essential for the working of basic functionalities of the website. We also use third-party cookies that help us analyze and understand how you use this website. These cookies will be stored in your browser only with your consent. You also have the option to opt-out of these cookies. But opting out of some of these cookies may affect your browsing experience.
Necessary Always Enabled
Necessary cookies are absolutely essential for the website to function properly. These cookies ensure basic functionalities and security features of the website, anonymously.
Functional
Functional cookies help to perform certain functionalities like sharing the content of the website on social media platforms, collect feedbacks, and other third-party features.
Performance
Performance cookies are used to understand and analyze the key performance indexes of the website which helps in delivering a better user experience for the visitors.
Analytics
Analytical cookies are used to understand how visitors interact with the website. These cookies help provide information on metrics the number of visitors, bounce rate, traffic source, etc.
Advertisement
Advertisement cookies are used to provide visitors with relevant ads and marketing campaigns. These cookies track visitors across websites and collect information to provide customized ads.
Others
Other uncategorized cookies are those that are being analyzed and have not been classified into a category as yet.
SAVE & ACCEPT